The anticipation of this time of the year when all designers finally start showing their new Pre-Fall and Fall Winter collections for the upcoming season. I haven’t had that much time to keep a closer look, but after scrolling through several of them it became obvious that in mostly dark and somber colors this year there is at least an outfit or two in a shocking fiery red. Some have more of the orange hue, just like my beloved, but now discontinued color “Jumpsuit” that Shibui yarns used to have and I am proudly hoarding some of “Merino Alpaca” in that.
I am glad to see that many designers chose to show that color off in their knits! It’s not exactly my thing personally – never owned or wore a red sweater, as I just don’t look good in red but I can definitely appreciate the  statement color! Then there are some who picked rusty orange to apricot orange as a softer color which is quite pretty as well, but I will post those next!
Here are some of the faves so far: 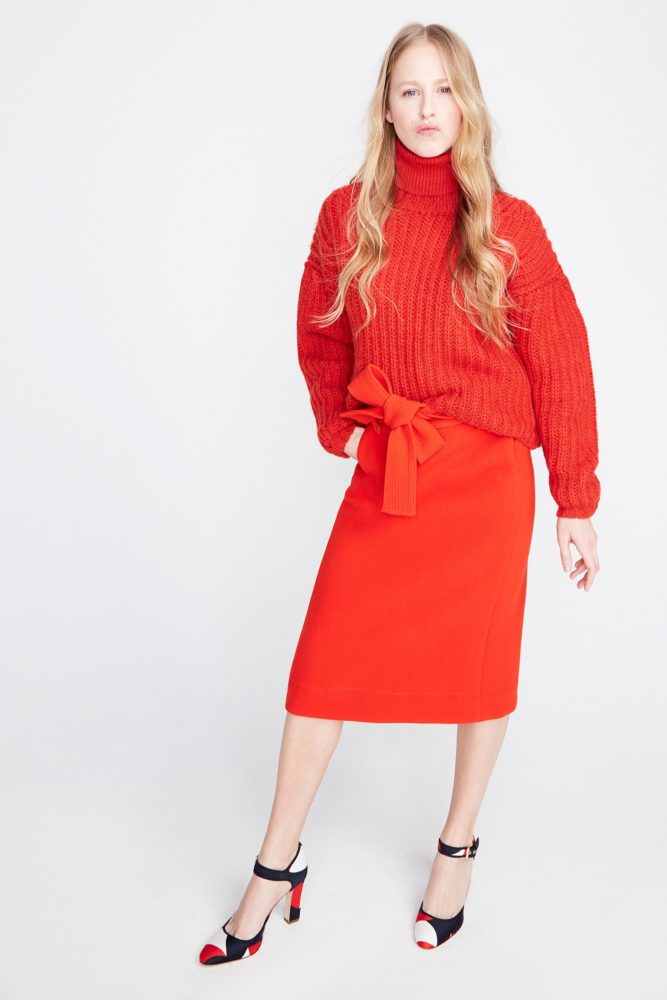 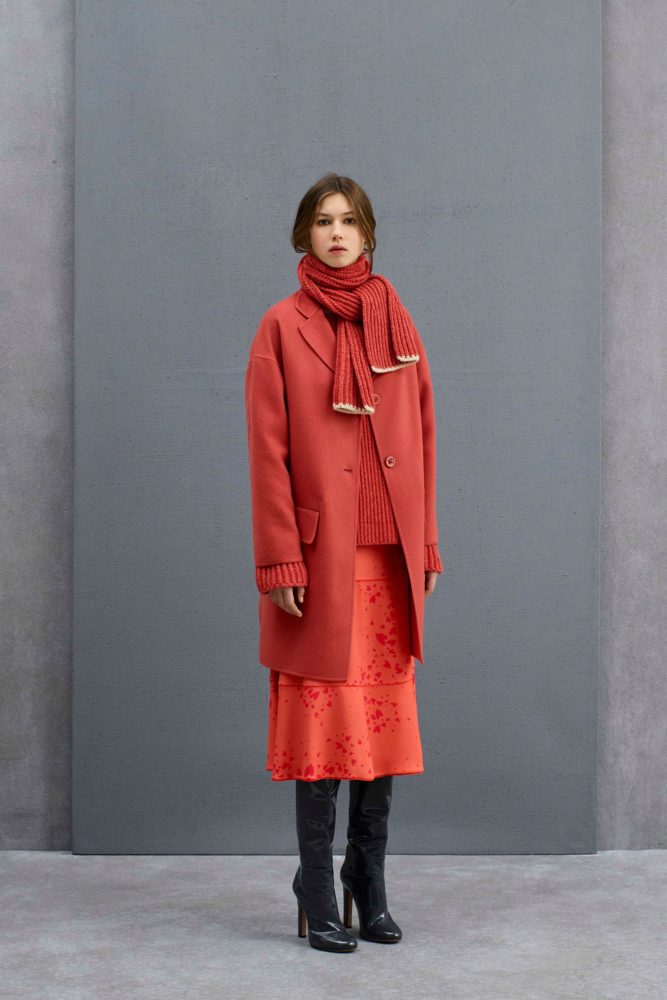 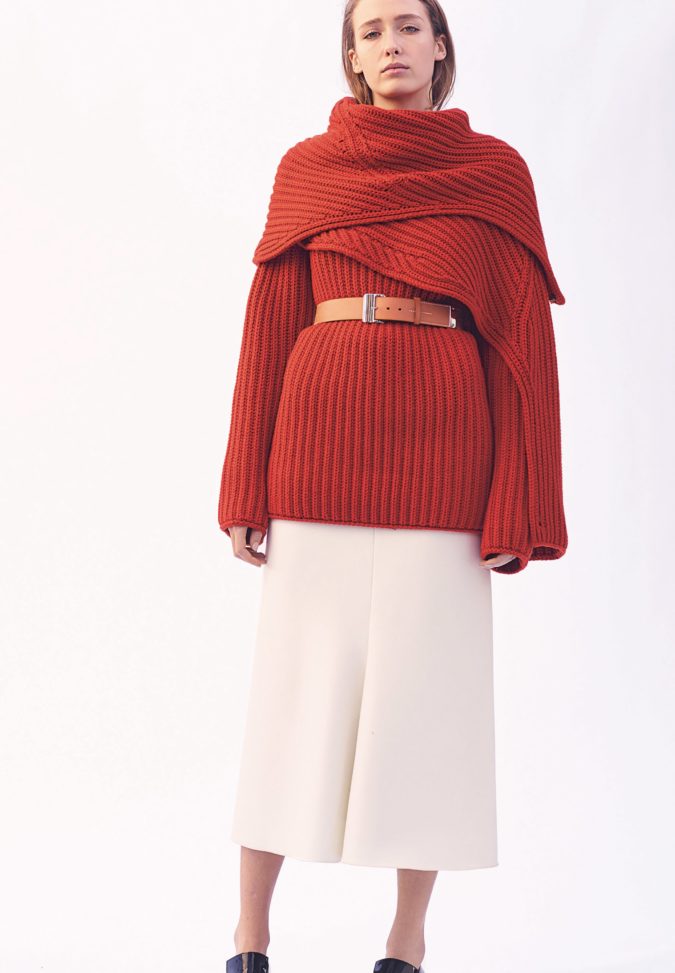 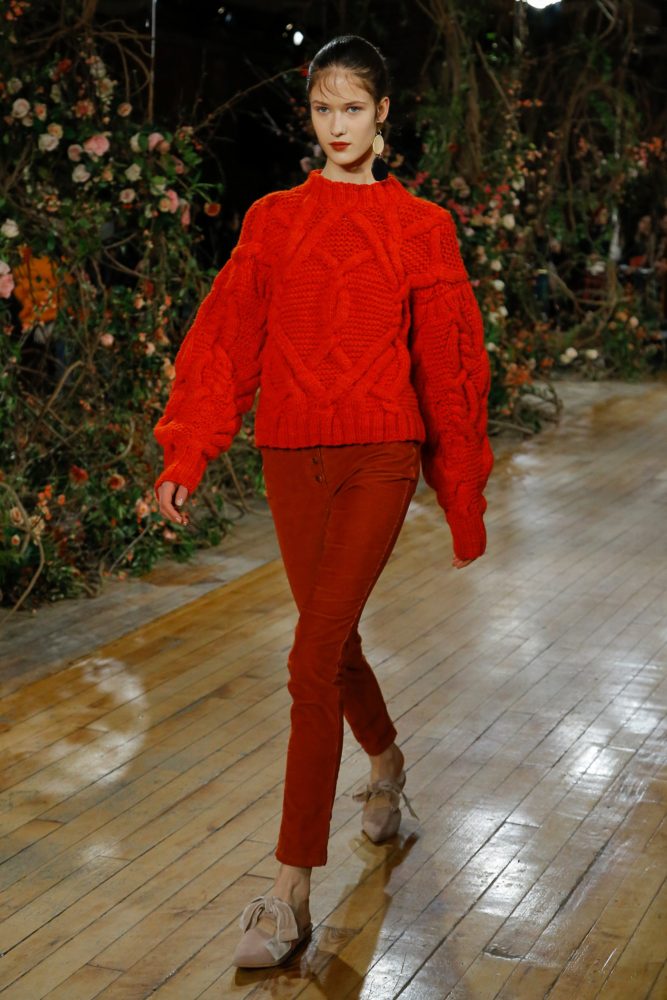 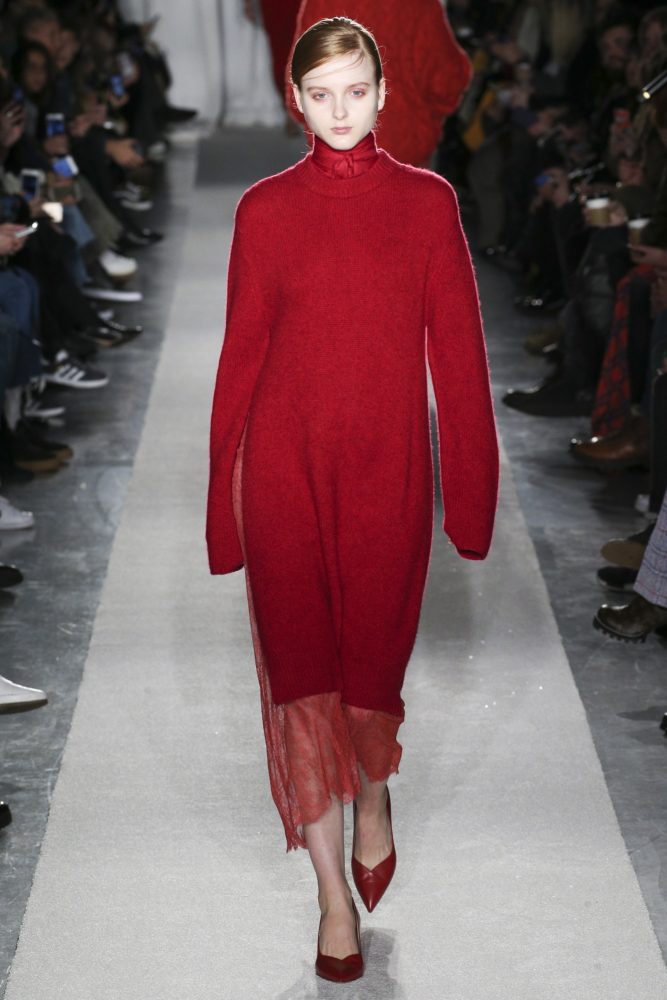 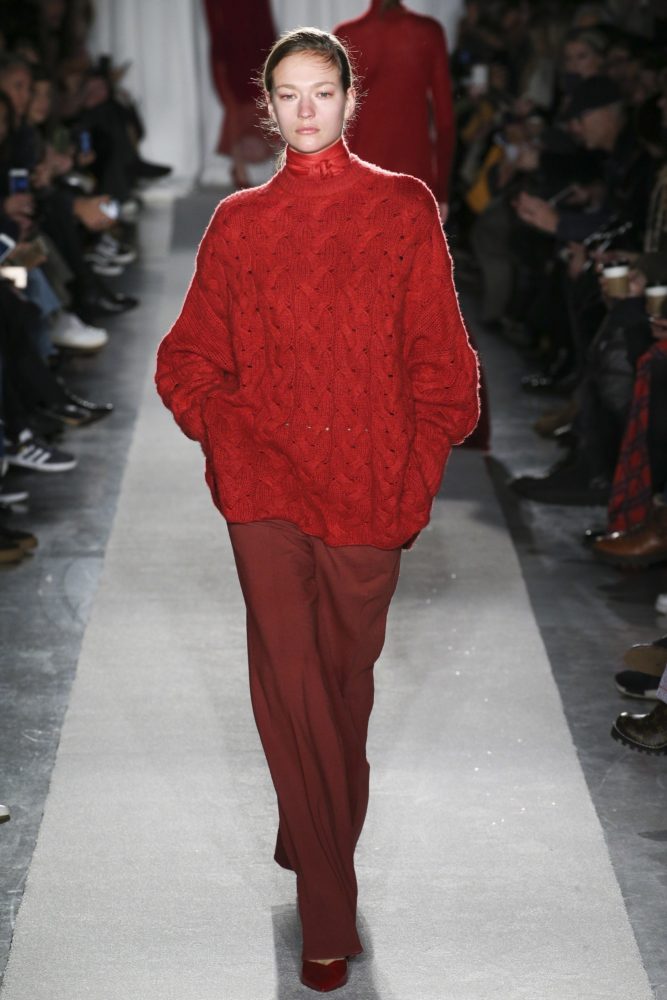 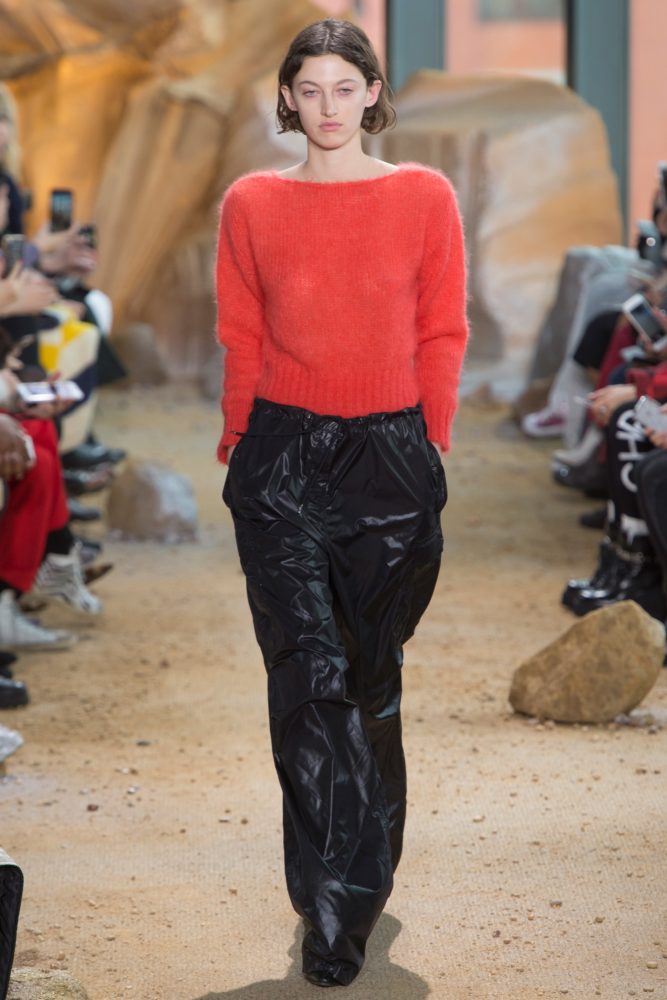 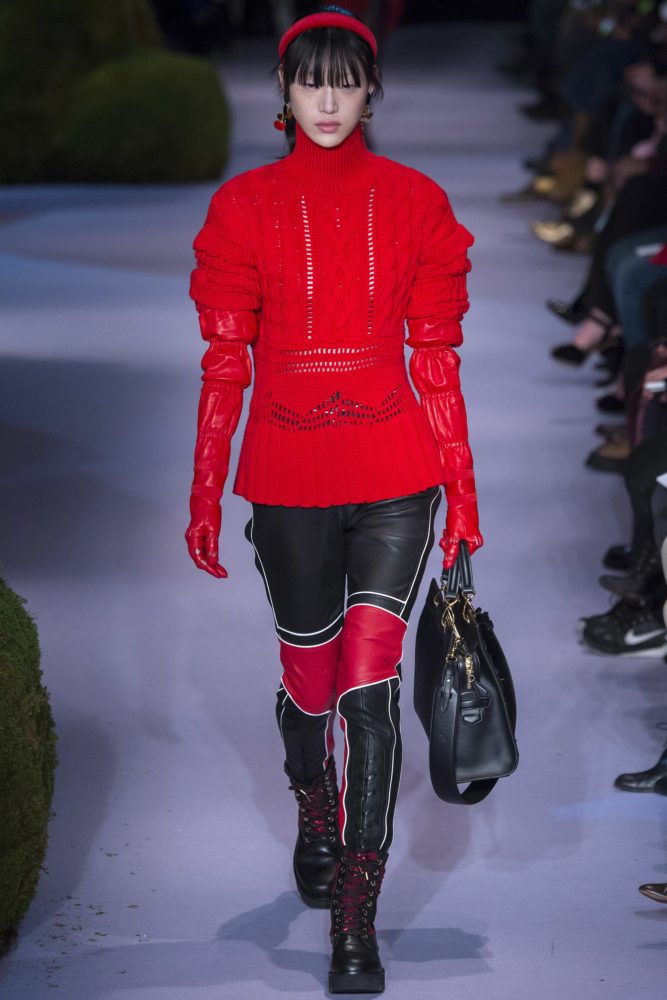 Some yarns that have that perfect hue of red came to my mind, those would match perfectly well: 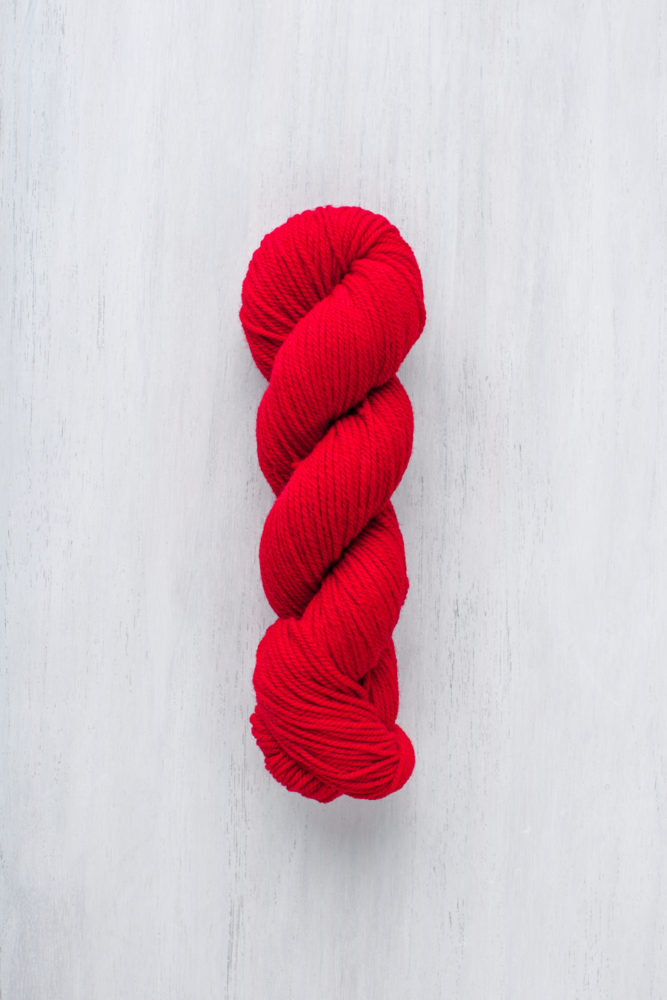 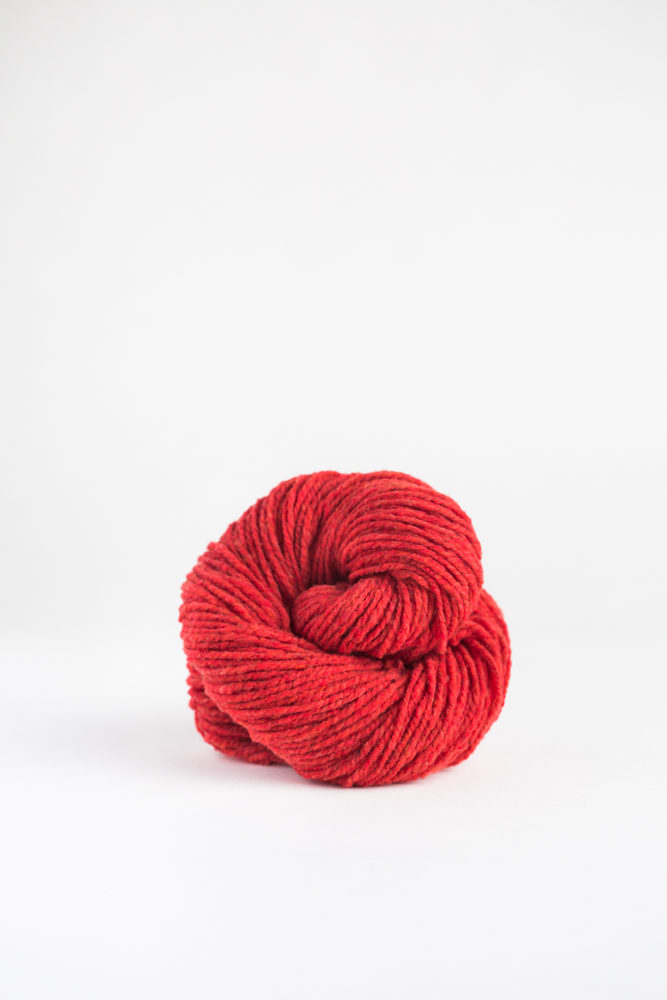 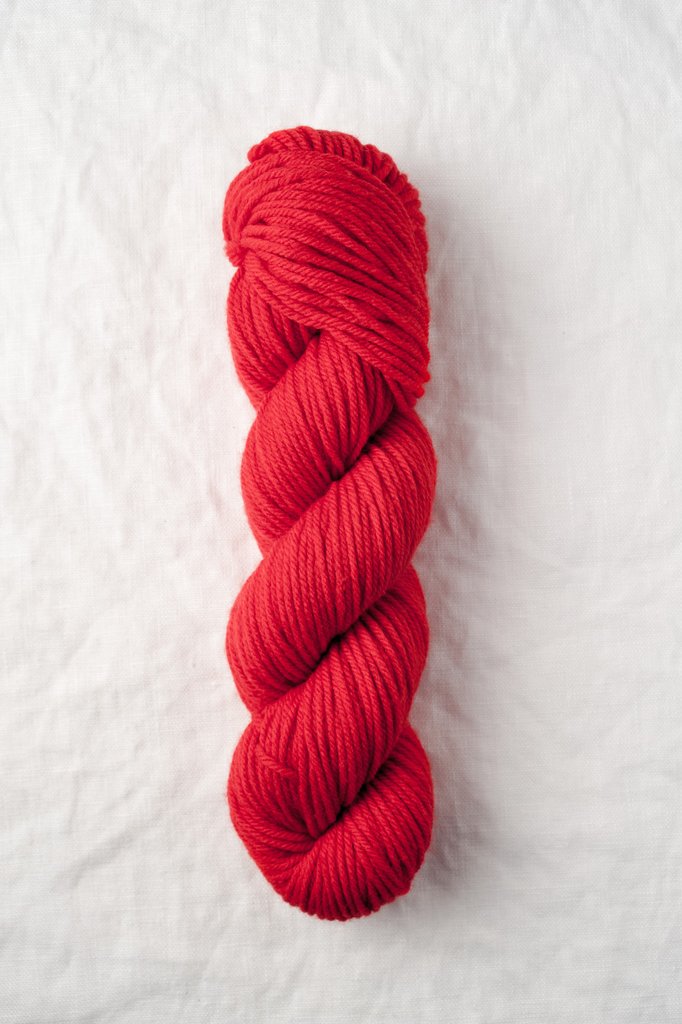 yarn images by Brooklyn Tweed and Quince & Co
all runway images via vogue.com